I'm proud to announce the release of my indie RPG project, Blightburg! The game has gone through seven playtest campaigns and three years of development, and is now ready for your eyes.

While I'm sad to see Story-Games close its doors soon, I'm happy I managed to finish this project before that: Story-Games was the place where I first posted the proto-idea of the project, and a version after the first playtest campaign.

Blightburg is a player driven game of intrigue and character drama set in a grim Renaissance era city. The dramatic intrigue is spiced with occasional action, witches and Faustian pacts with demons. The characters range from shifty lowlifes and zealous fanatics to powerful but flawed individuals involved in complex schemes. As a TV series analogy, think of it as a mash-up of Game of Thrones and Salem in the Renaissance period.

The game's core engine is Powered by the Apocalypse, but it has a number of non-standard features. These include heavily player driven gameplay fueled by character beliefs, a lifepath based character creation system and a situation creation procedure that involves the whole group. The move set is naturally optimized for intrigue play.

Check the game's website for more info, including the free print references! The game is available at DrivethruRPG. A5, 140 pages. PDF $8 / Print $15. 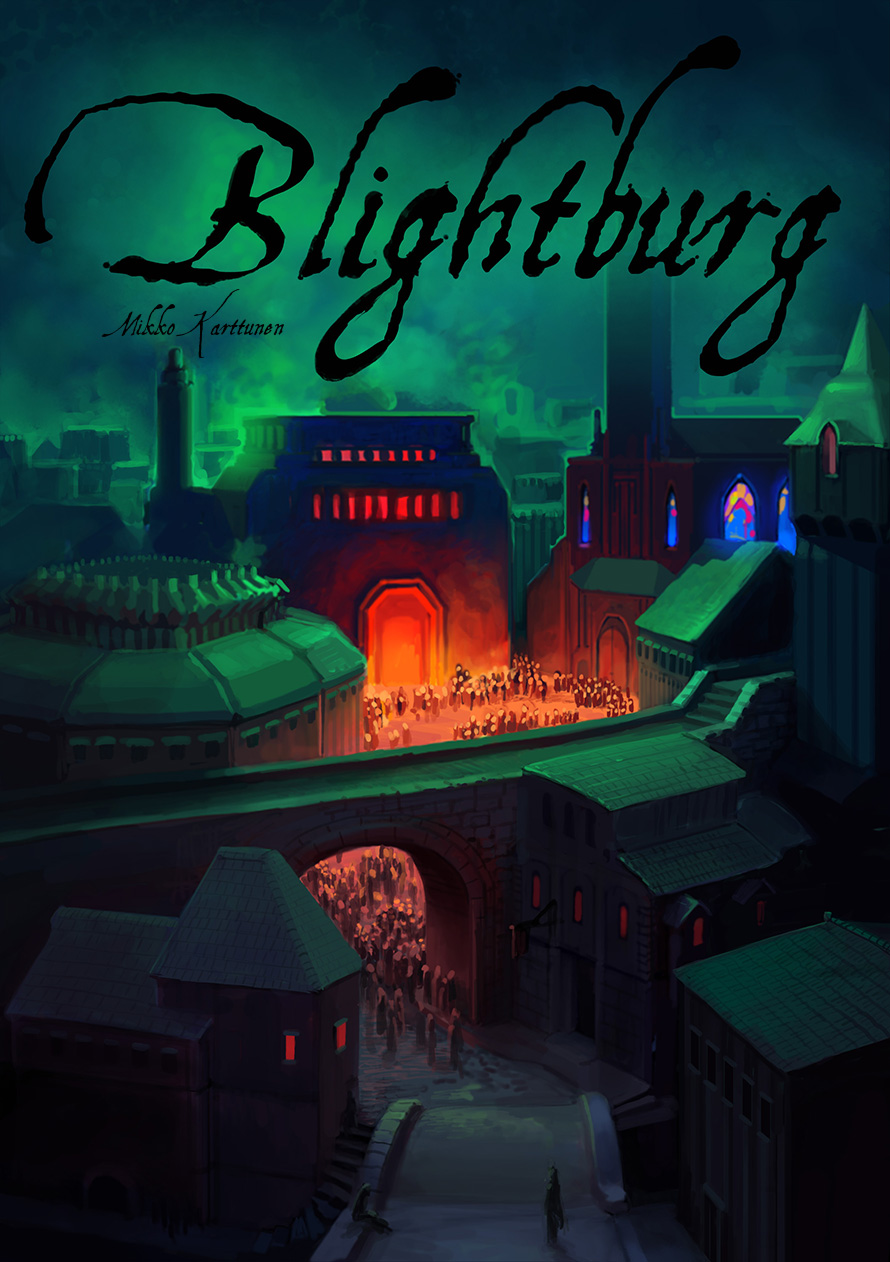