jacksonmalloy
November 2018 edited November 2018 in Directed Promotion
I've been on here off and on throughout the years and done a lot more reading than posting. I've finally gotten my project in a playable state and now I'm looking for all the feedback I can get.

The Pitch:
Sword & Scoundrel is a player-driven tabletop role-playing game of passion, violence, and general skullduggery. Set against a gritty renaissance backdrop, Sword & Scoundrel is a morality play presented as an HBO character drama, where players declare what is most important to their character and see it challenged through play. It's a blood opera of intrigue and swordplay, exploring how far you will go, what lines you will cross, and what — or who — you are willing to sacrifice for what you hold most dear. 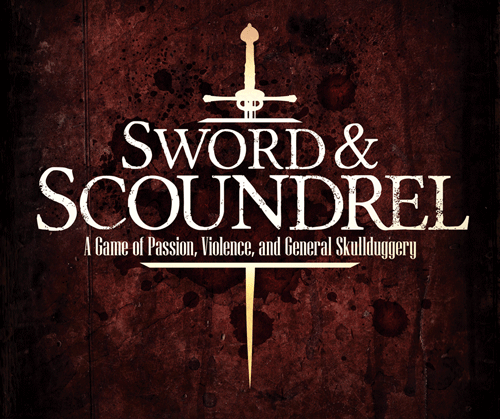 The beta document is available at drivethrurpg, where it is and will remain free of charge. It currently contains everything needed for core gameplay: the core mechanics, a detailed and flexible character creation system, combat, and the weapon/armor customization rules. The GM material is under construction as we speak, but if you have any familiarity with Burning Wheel, The Riddle of Steel, or Apocalypse World, you can run it without missing a beat.

As the beta goes on, I also have plans on a sorcery system, social combat, faction support, and a few other goodies.

I'd love any feedback you want to give, or to answer any questions here you might have!

You can also check out the website, forums, or join our discord server, if that's your thing.