The Best Things in Gaming - A Real-Time Illustrator

Paul_T
April 2017 edited April 2017 in Actual Play
I decided to throw together an impromptu session with a random collection of non-gamer friends yesterday. I was shooting in the dark, just taking a wild guess about who might be into it (not to mention who might be free on short notice!).

Much to my surprise, my guesses were spot on. We played my game Musette (which is ideal as an introductory story game for people with no exposure to such things), and had a total blast. One of my favourite sessions of all time.

Here's the amazing thing, though: one my friends asked me if I had some paper she could doodle on, and then proceeded to draw through the entire game. At the end, we had a visual record of everything that happened in the game, like a stream-of-consciousness record of events, images, and notable phrases or quotes.

What a wonderful gift! I had a lot of fun looking it over and remembering the various events of the story. (It helps that it was a particularly fun session and a really involved, convoluted story - something which can often go terribly wrong in a collaborative story game - which nevertheless wrapped up neatly and conclusively!)

What's especially cool is that her illustrations are spread out in non-linear order on the pages, but when disparate storylines combined in our story, it was reflected in the positioning of the images - they come together from opposite sides of the page.

(You can follow along somewhat by going from number to number, which indicate the order of events.)

Everyone should be so lucky as to have a "real-time illlustrator" at their game sessions. I highly recommend it (if you can find one, of course)! 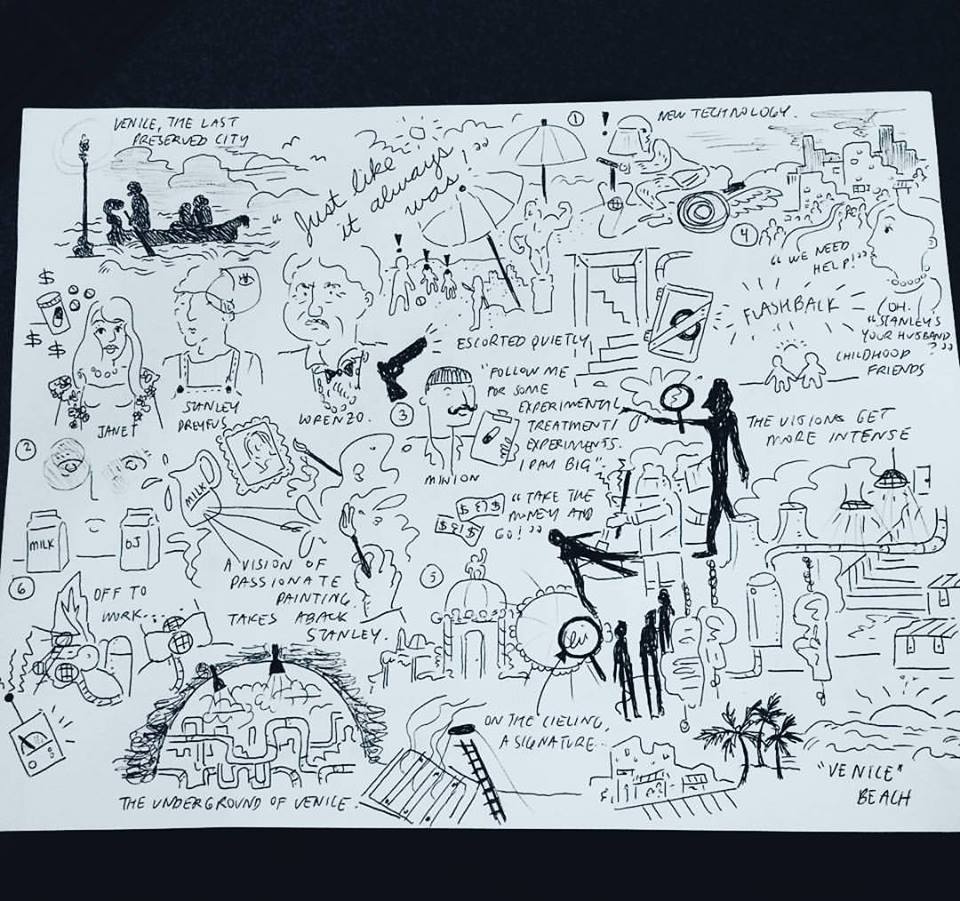 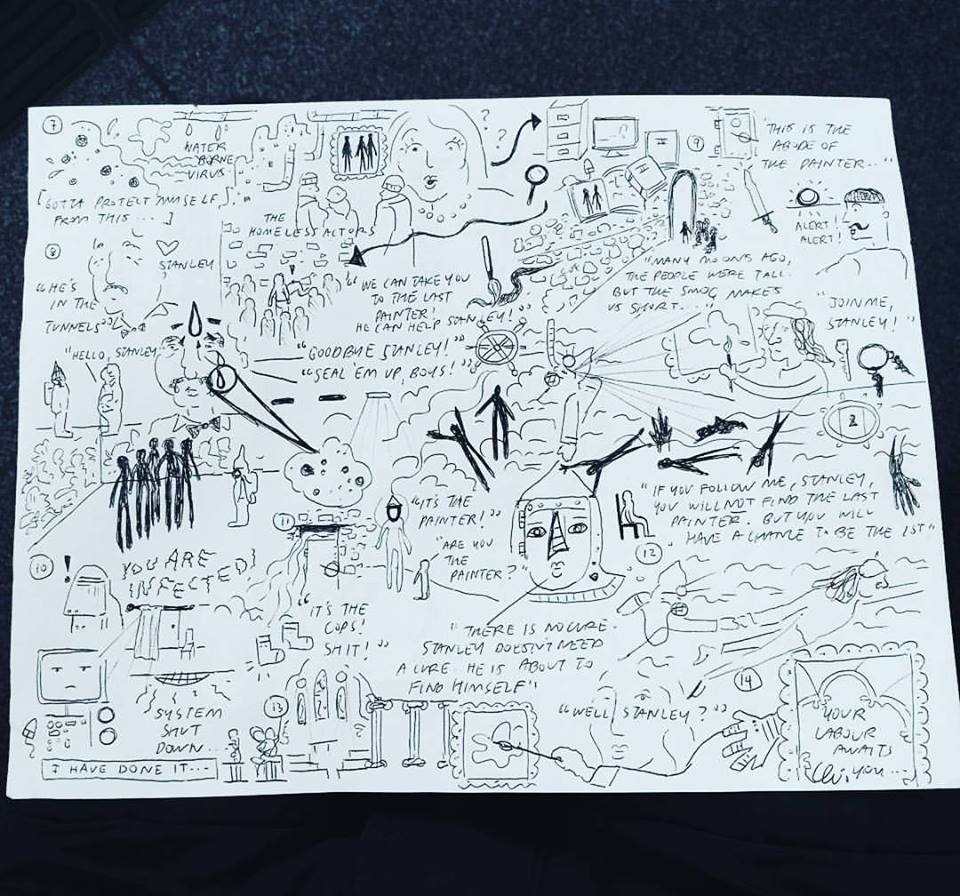