Sandworm
March 2016 in Directed Promotion
It’s on! We’ve launched our newest Kickstarter project today – and we hope we’ll be getting your support! Here’s the Kickstarter link. 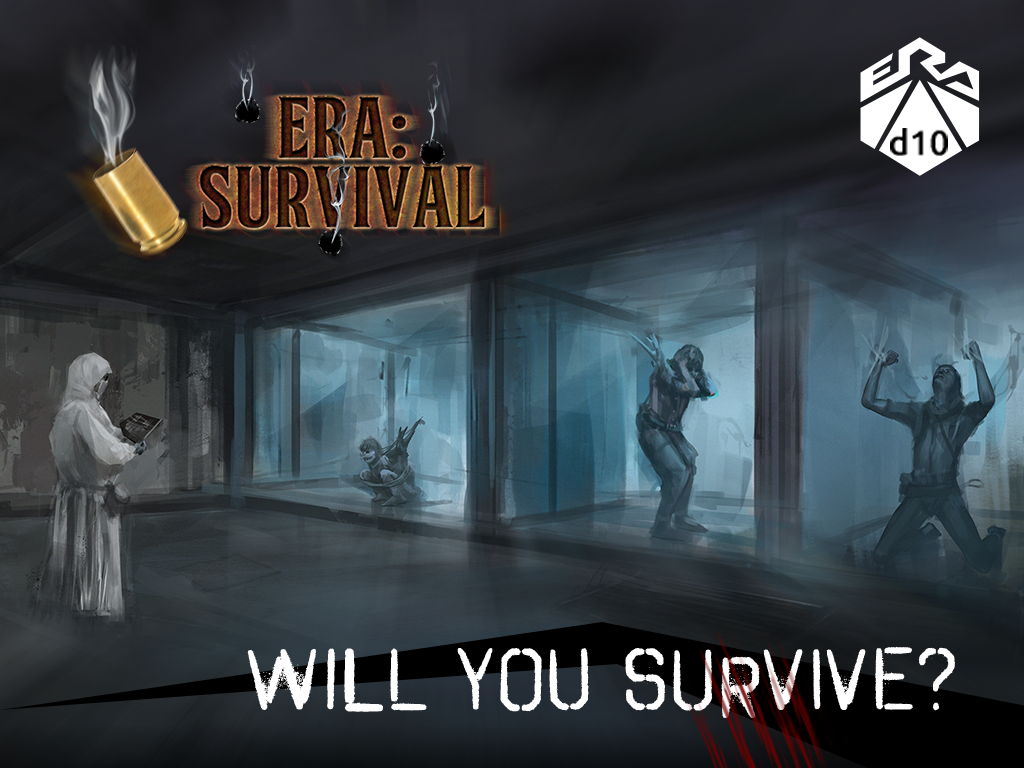 Era: Survival is one of our most ambitious roleplaying games to date – a Core Rulebook featuring everything you need to play, including character creation, setting information, equipment, weapons, vehicles, NPCs, small adventures and entire campaign outlines. Most importantly, it’s a new take on the survival genre and we think we nailed it!

Forget what you thought you knew about zombies, mutants or post-apocalyptic futures. Most other genre games ignore the ways society would evolve (or devolve) after the apocalypse hit, or go for standard answers. In Survival, Contagion has wiped out most of mankind, transforming those Infected in horrible ways, but survivors have grouped together in no less than 14 factions, all presented in-depth in the Core Rulebook.

It’s been 100 years since the deadly parasites became airborne and any hope of finding a cure has long since been abandoned. However, one of the factions, the White Cross, does have a substance, “Injection”, available that allows for temporary immunity. Needless to say, a dose of Injection is much in-demand and, while the White Cross distribute it as widely as possible, it’s been known for wars to be fought over it.

In Era: Survival, we do present the kind of grim, bleak future one has come to expect of the genre, but firmly embedded in a believable, action-packed world ripe with intrigue, fear, betrayal… and the occasional act of true heroism. In that respect, Era: Survival may be the most human, psychologically-and sociologically-involved RPG we’ve made so far. It presents opportunities for all kinds of gameplay, ranging from political games to action, adventure, exploration, drama, science fiction and horror. Even more importantly, it’s great fun and those of you who are already familiar with our other Era games will find Survival uses the same rules system with only minor tweaks to better reflect the genre.

Please check in here for any and all updates and let us know what you think! We’re already planning several adventures and supplements, so rest assured that backing Era: Survival will make sure you’ll be able to enjoy the ride for a long time to come!