Fate of the Norns: Ragnarok

MountZionRyan
August 2012 edited August 2012 in Directed Promotion
[I am not connected with FOTN at all, just enthusiastic.]
Kickstarter campaign
Fate of the Norns: Ragnarok is set in the end times of Viking mythology. It guides the players to explore the four ages of Ragnarok and fulfil destiny to the final battle that is prophesied to occur on the plains of Vigrid. At the start of Ragnarok the sun and the moon are devoured by the celestial wolves Skoll and Hati. This plunges Midgard into darkness, and sets in motion three years of continuous winter called Fimbulvinter. As humanity fights to survive, morality breaks down, creating a very dangerous world.

A Viking's most glorious moment is to die with valour in the heat of battle. For if one does, the Valkyries will take the slain champion to the heavens so that they could fight by the sides of the gods and jotuns in the final battle before Surt baptizes the world tree in fire. 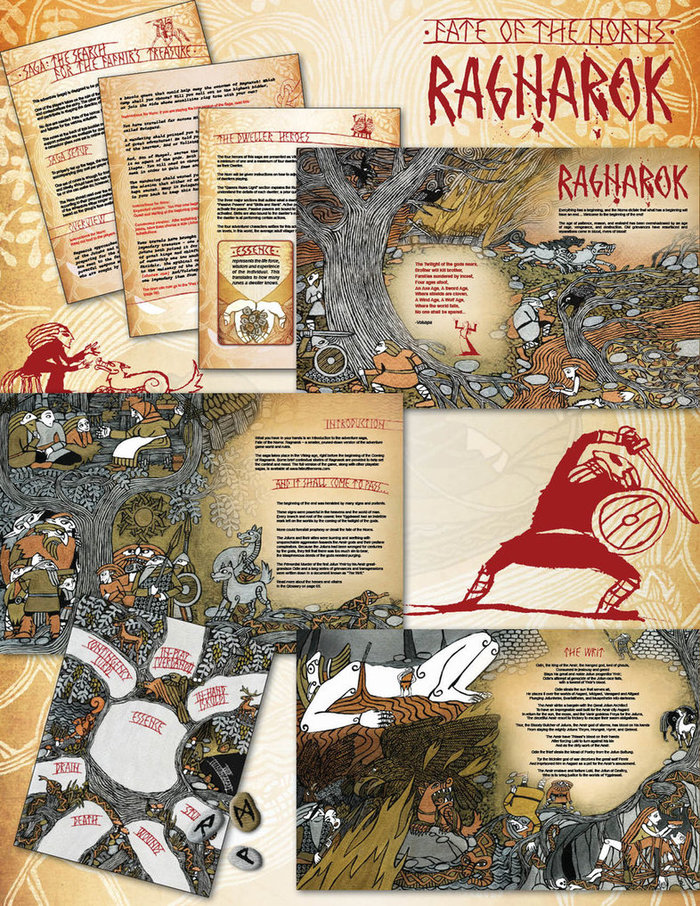